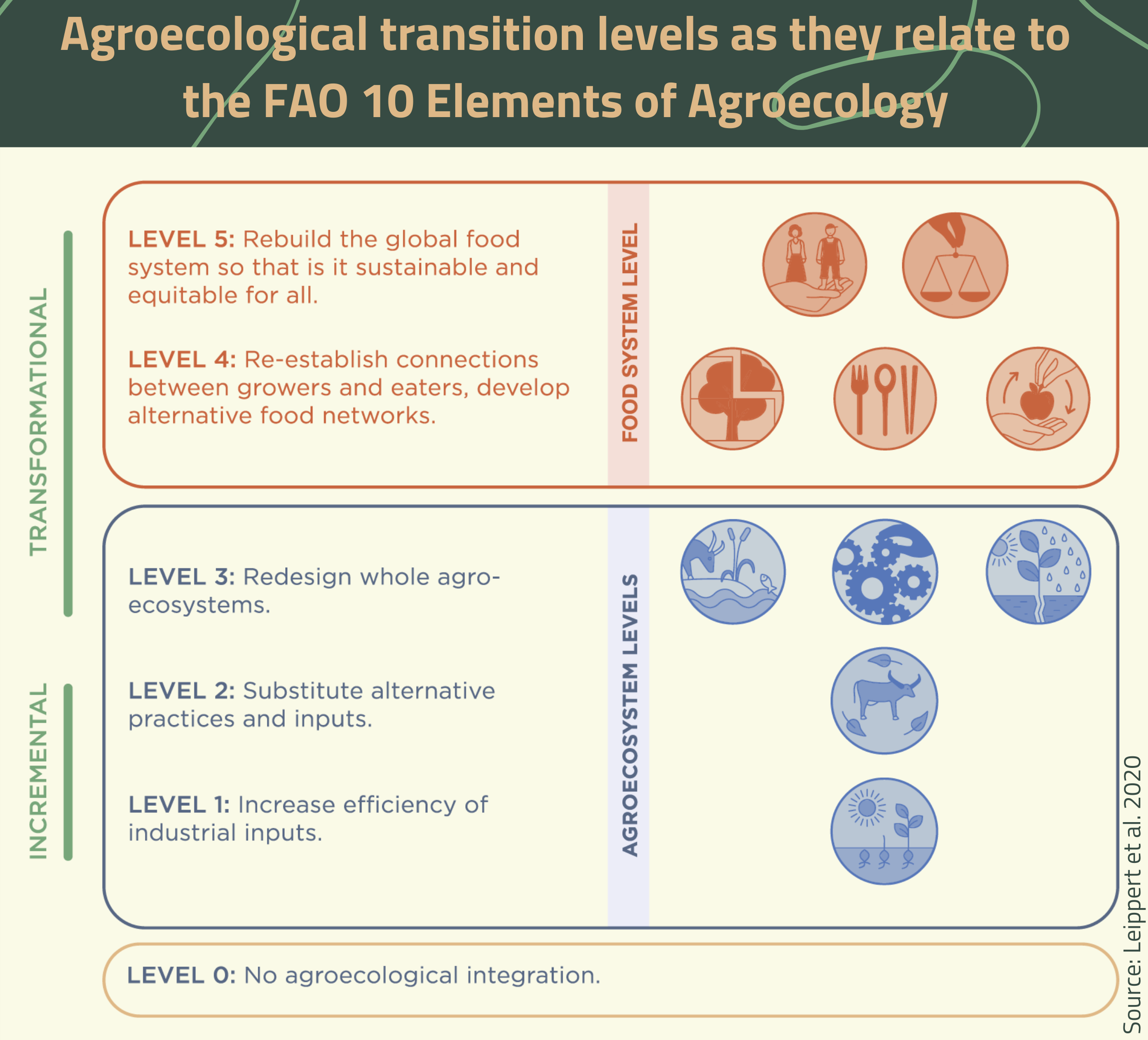 A new scientific review of over 10,000 studies finds substantial evidence that agroecological practices – like farm diversification, agroforestry and organic agriculture – can significantly contribute to climate change adaptation and mitigation in agriculture in low- and middle-income countries (LMICs).

Here, we present the new report on the impacts of agroecology on climate change adaptation and mitigation. We used the FAO 10 Elements of Agroecology and Glissman's transition levels as a framework for defining agroecology.

The study found that agroecology can play a major role in climate change adaptation and mitigation. So, what does the available evidence tell us? And how can it inform decisions?

Key messages from the review of over 10,000 studies

What the evidence tells us

The evidence on agroecology’s impact on mitigation is modest, except for enhancing carbon sequestration in soil and biomass.

Where there is strong evidence:

Where there is weak evidence:

Where there is moderate evidence:

What actions are needed?

Recommendations from the review

Originally published on April 22 on the CCAFS website: Agroecology: A key piece to climate adaptation & mitigation?

Preview of the Agroecology and climate change rapid evidence review: Performance of agroecological approaches in low- to middle-income countries