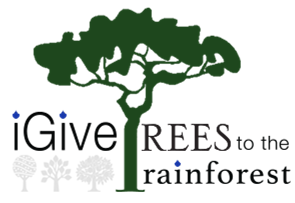 In 2010 iGiveTrees began giving native species trees to Brazilian smallholders who wanted to restore their pastures to rainforest, funded by the international public. At that time the forest regulations were working relatively well, and there was a call to plant billions of trees to restore the watershed in the state of São Paulo.

However small regional tree growers weren't able to sell their trees because the government had made contracts with large commercial operations instead. That began our work, since we hoped to keep an association of 17 independent nurseries with a combined inventory of 250,000 trees in business. By 2019 only three of them remained.

In 2016 iGiveTrees was recognized by the French Ministry of Environment as one of “100 Projects for the Climate.” And as a result, we were invited to participate in COP22, COP23, COP24 and COP25 to share our stories. That story has always been to shine a light upon the small, the unseen and unheard, who were doing the right things despite all odds.

In 2019 we began supporting the work of PRETATERRA since they had great knowledge, skill and ability to teach communities how to begin or improve their existing agroforestry systems.

In 2020 we began supporting the work of CONTOUR LINES permaculture agroforestry in Guatemala, teaching local communities how to restore degraded mahogany forests while also growing food for the community.

In 2021 we began a new project focused upon restoration of the endangered Jussara palm within an existing syntropic agroforestry system at FAZENDA SERTÃO in the state of Rio de Janeiro. They will be expanding their project with family members in the state of Minas Gerais later this year to reintroduce the palm to its former habitat.

Contributions to iGiveTrees are tax deductible in the U.S.A. 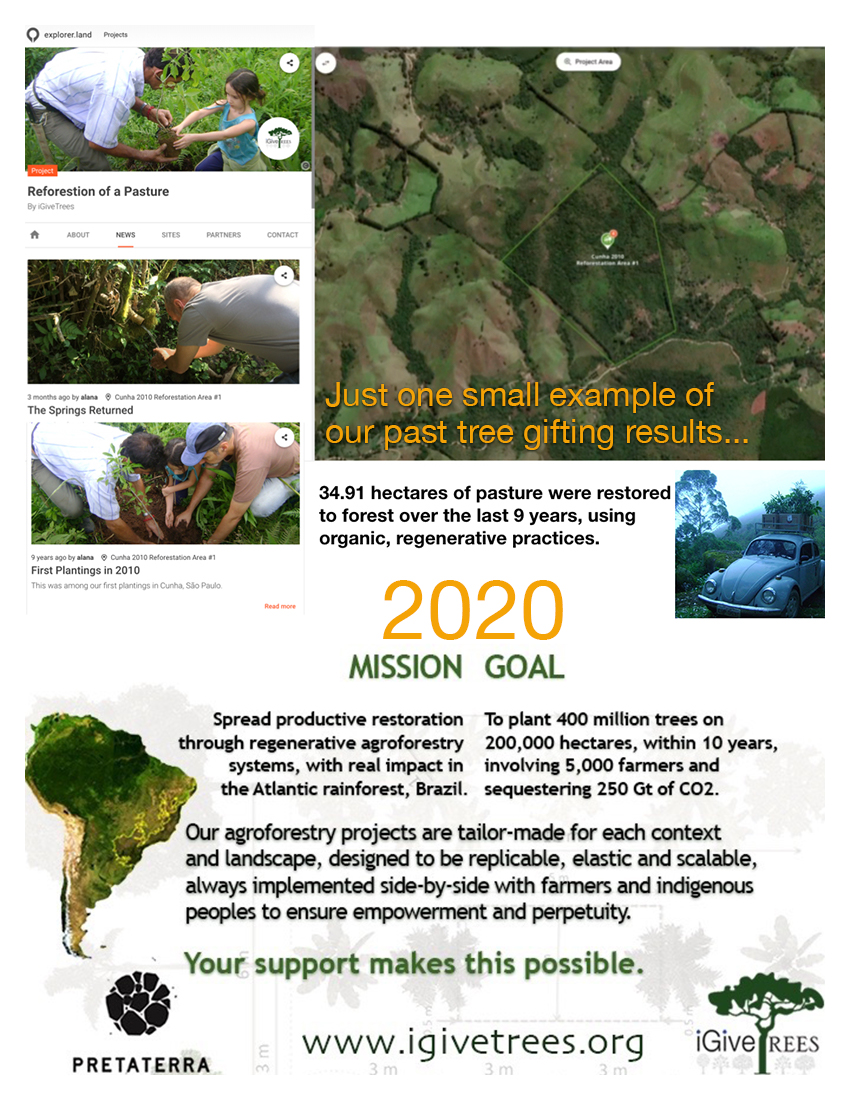 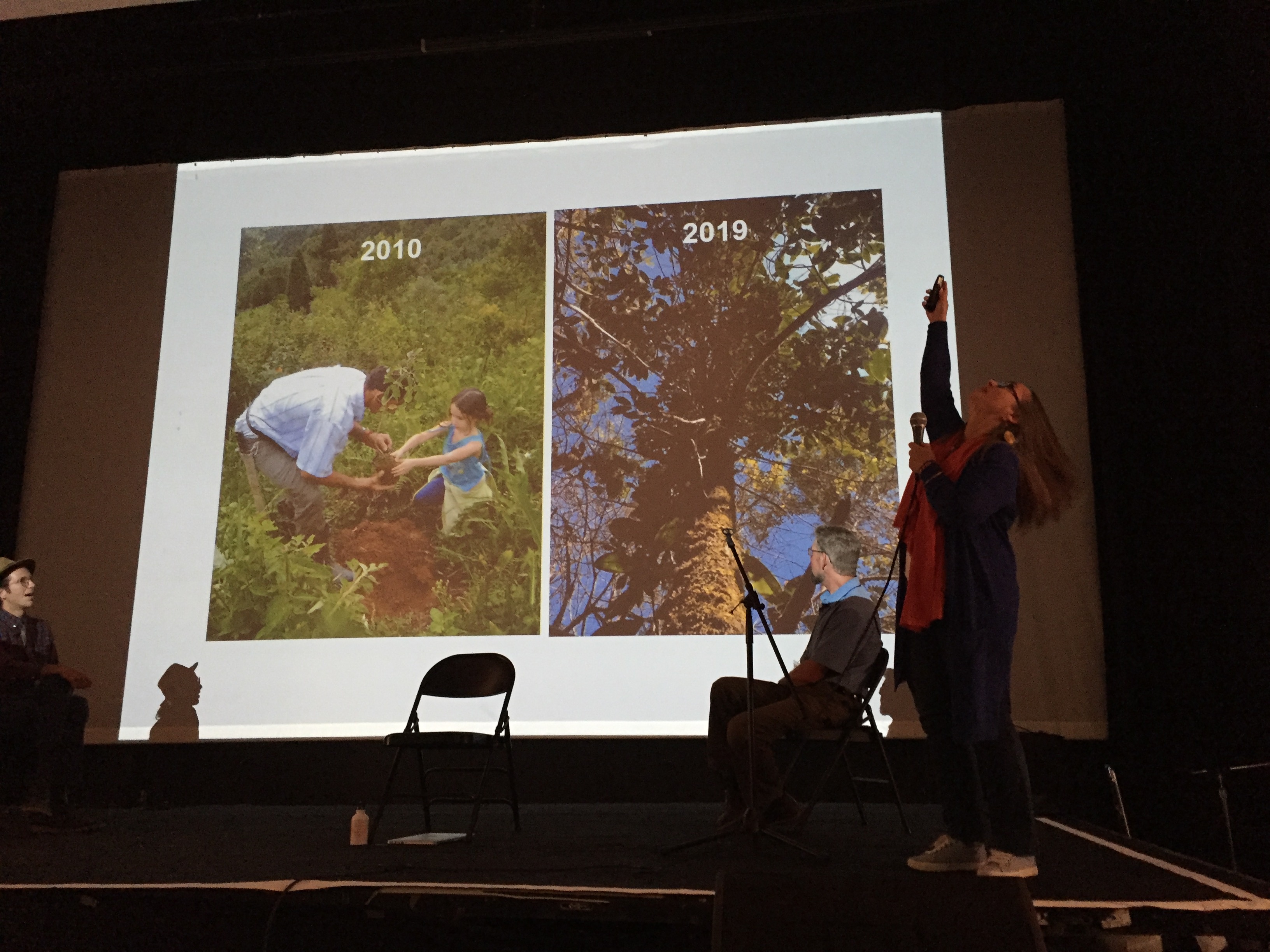 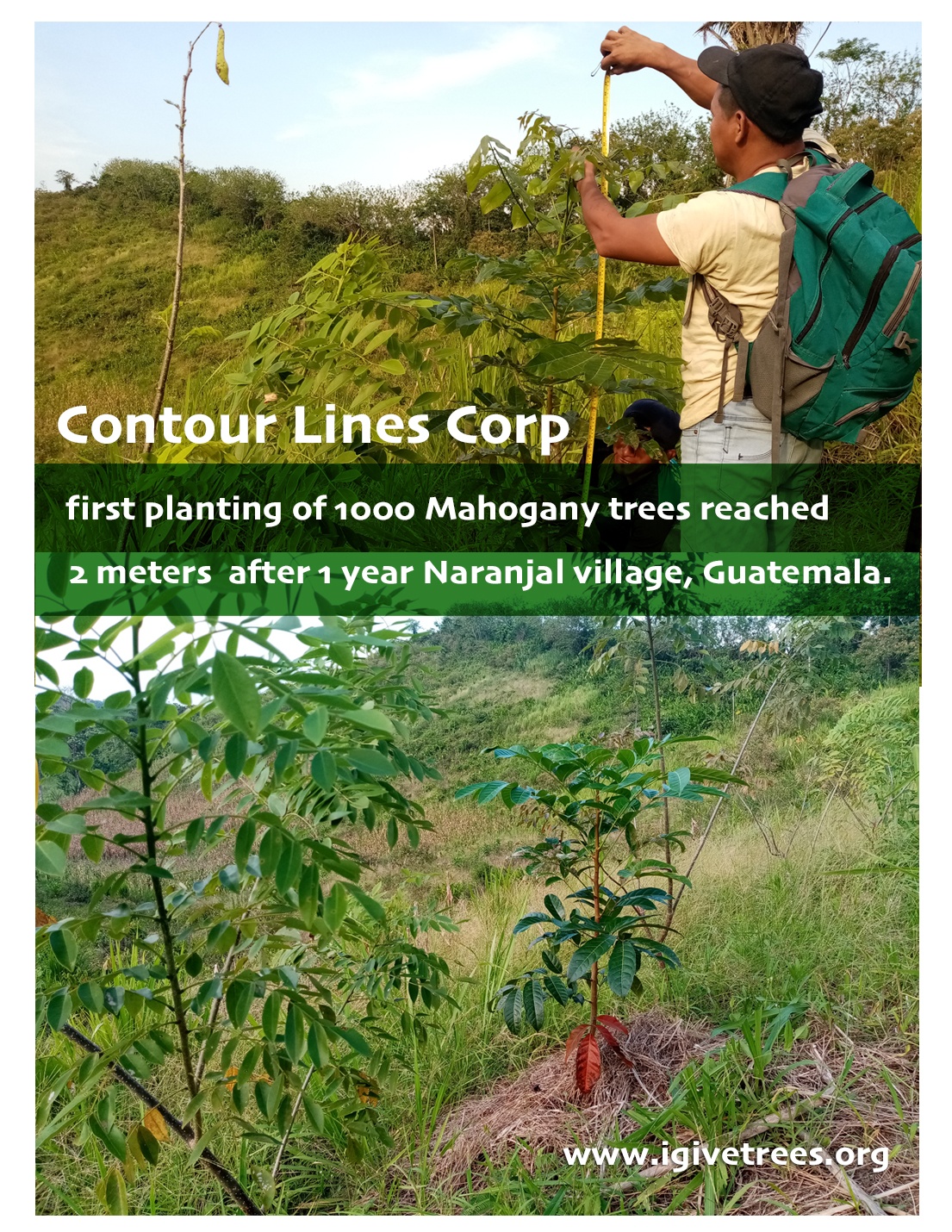 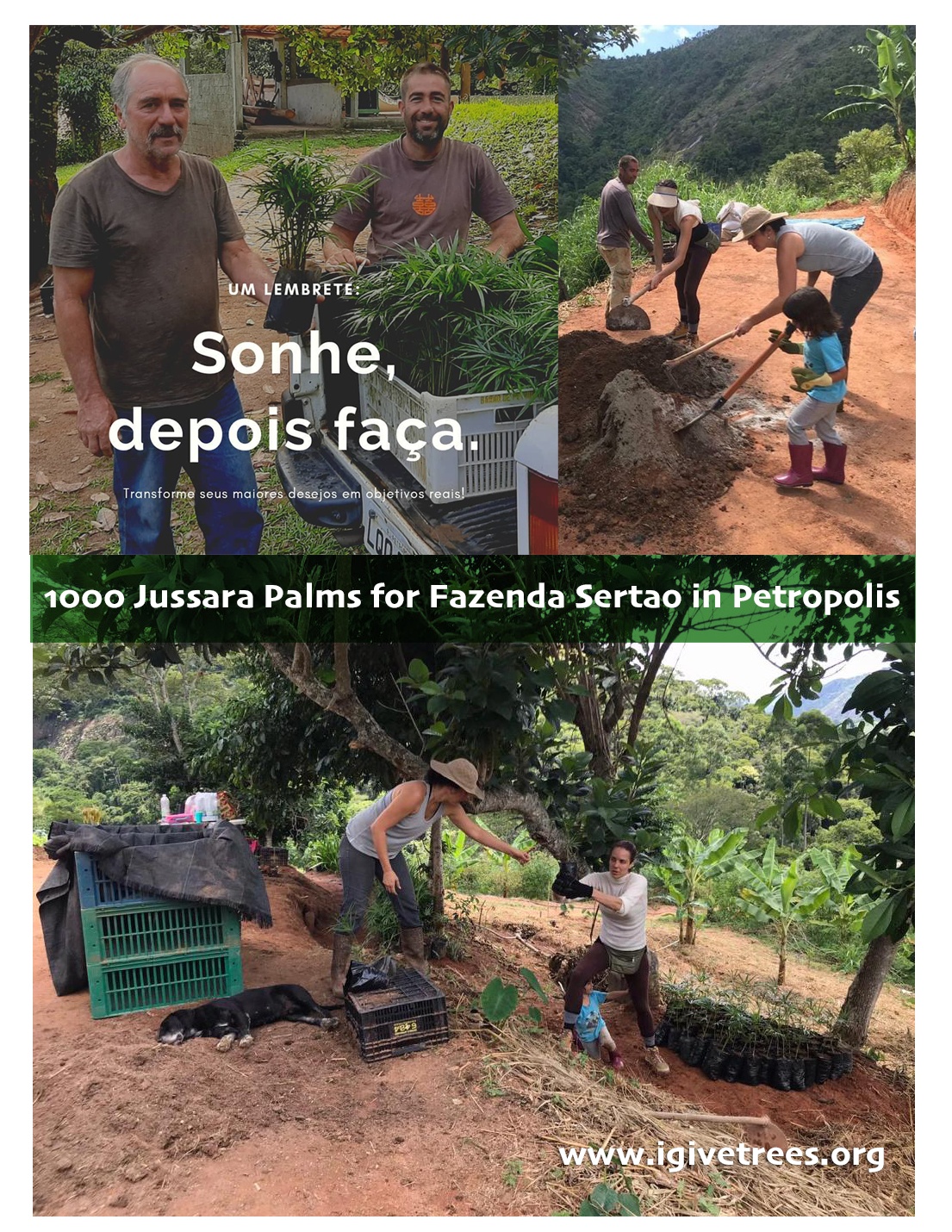 During COP25 in 2019, the 4p1000 Consortium event was held at the Spanish Ministry of Agriculture in Madrid. iGiveTrees presented the work of Brazilian field partners, sharing positive news from both the USA and Brazil about organic, regenerative reforestation and agroforestry projects.

500 trees donated by iGiveTrees to PRETATERRA were given to the municipality of Timburi, São Paulo to launch an agroforestry training and plantings

10,000 trees were donated to the PRETATERRA teaching farm for planting during the pandemic in 2020.