Agave, from the Greek word αγαυή, meaning “noble” or “admirable,” is a common perennial desert succulent, with thick fleshy leaves and sharp thorns. Agave plants evolved originally in Mexico, the Southwestern US, and Central America, but are also found today in the hot, arid, and semi-arid drylands of South America, Africa, Oceana, and Asia. Agaves are best known for producing textiles (henequen and sisal) from its fibrous leaves, and alcoholic beverages, tequila, pulque, and mescal, from its sizeable stem or piña, and more recently bio-ethanol from the bagasse or leftover pulp after the piña is distilled.

Agave’s several hundred different varieties are found growing on approximately 20% of the earth’s lands, often growing in the same desertified, degraded cropland or rangeland areas as nitrogen-fixing, deep-rooted trees or shrubs such as mesquite, acacia, or leucaena. Agaves can tolerate intense heat and will readily grow in drylands or semi-desert landscapes where there is a minimum annual rainfall of approximately 10 inches or 250 mm, and where the temperature never drops below 14 degrees Fahrenheit (minus 10 degrees Celsius).

The several billion small farmers and rural families living in the world’s drylands are often among the most impoverished communities in the world, with increasing numbers being forced to migrate to cities or across borders in search of employment. Decades of deforestation, overgrazing, soil erosion, destructive use of agricultural chemicals, and heavy tillage or plowing have severely degenerated the soils, fertility, water retention, and biodiversity of most arid and semi-arid lands. With climate change, limited and unpredictable rainfall, and increasingly degraded soil in these drylands, it has become increasingly difficult to raise traditional food crops (such as corn, beans, and squash in Mexico) or generate sufficient grass and forage for animals. Many dryland areas are in danger of degenerating even further into literal desert, unable to sustain any crops or livestock whatsoever. Besides struggling with degraded landscapes, poverty, and crop failure, social conflict, drug trafficking, and organized crime often plague these areas, forcing millions to migrate to urban areas or across borders to seek employment.

Agaves basically require no irrigation, literally drawing moisture directly from the air and storing it in their thick thorny leaves (pencas) and stem or heart (piña) utilizing their Crassulacean Acid Metabolism (CAM) photosynthetic pathway, which enables the plant to grow and produce significant amounts of biomass, even under conditions of severely restricted water availability and prolonged droughts. Agaves reproduce by putting out shoots or hijuelos alongside the mother plant, (approximately 3-4 per year) or through seeds, if the plant is allowed to flower at the end of its 8-13 year (or more) lifespan.

A number of agave varieties appropriate for drylands agroforestry (salmiana, americana, mapisaga) readily grow into large plants, reaching a weight of 650 kilograms (1400 pounds) to one ton in the space of 8-13 years. Agaves are among the world’s top 15 plants or trees in terms of drawing downlarge amounts of carbon dioxide from the atmosphere and producing plant biomass. [Footnote: Park S. Nobel, Desert Wisdom/Agaves and Cacti, p.132] Certain varieties of agave are capable of producing up to 43 tons of dry weight biomass per hectare (17 tons of biomass per acre) or more per year on a continuous basis. In addition, the water use of agaves (and other desert-adapted CAM plants) is typically 4-12 times more efficient than other plants and trees, with average water demand approximately 6 times lower. 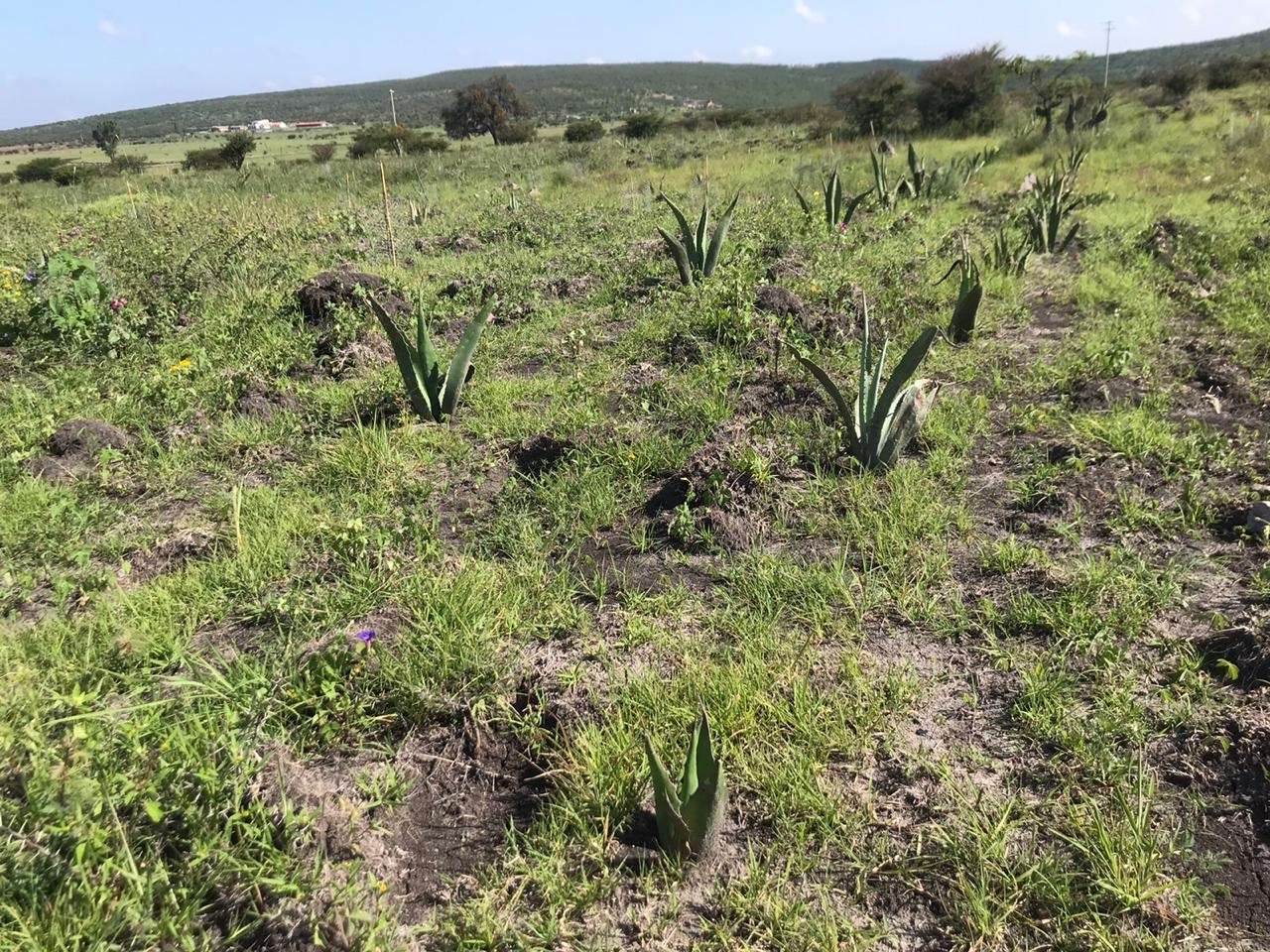 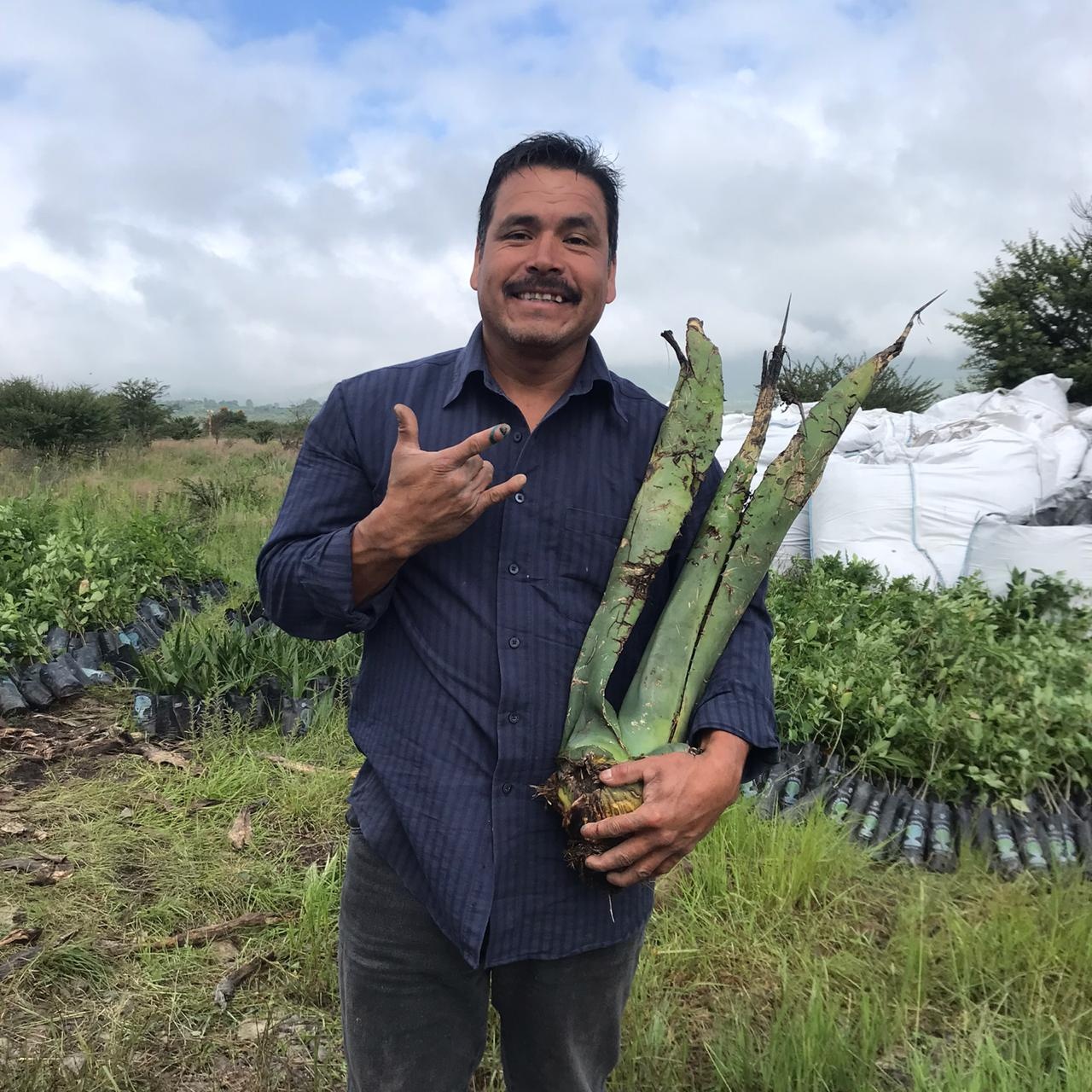 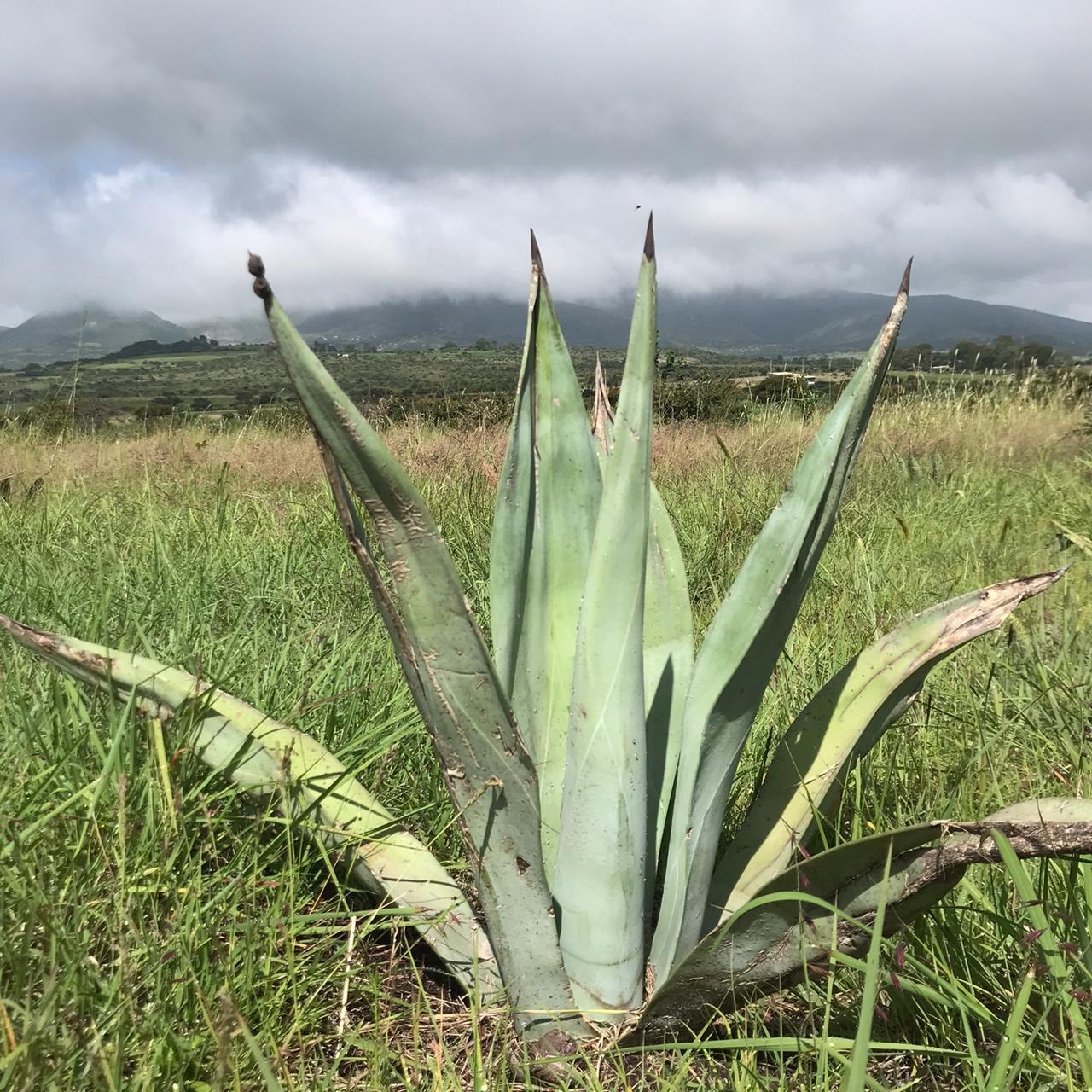 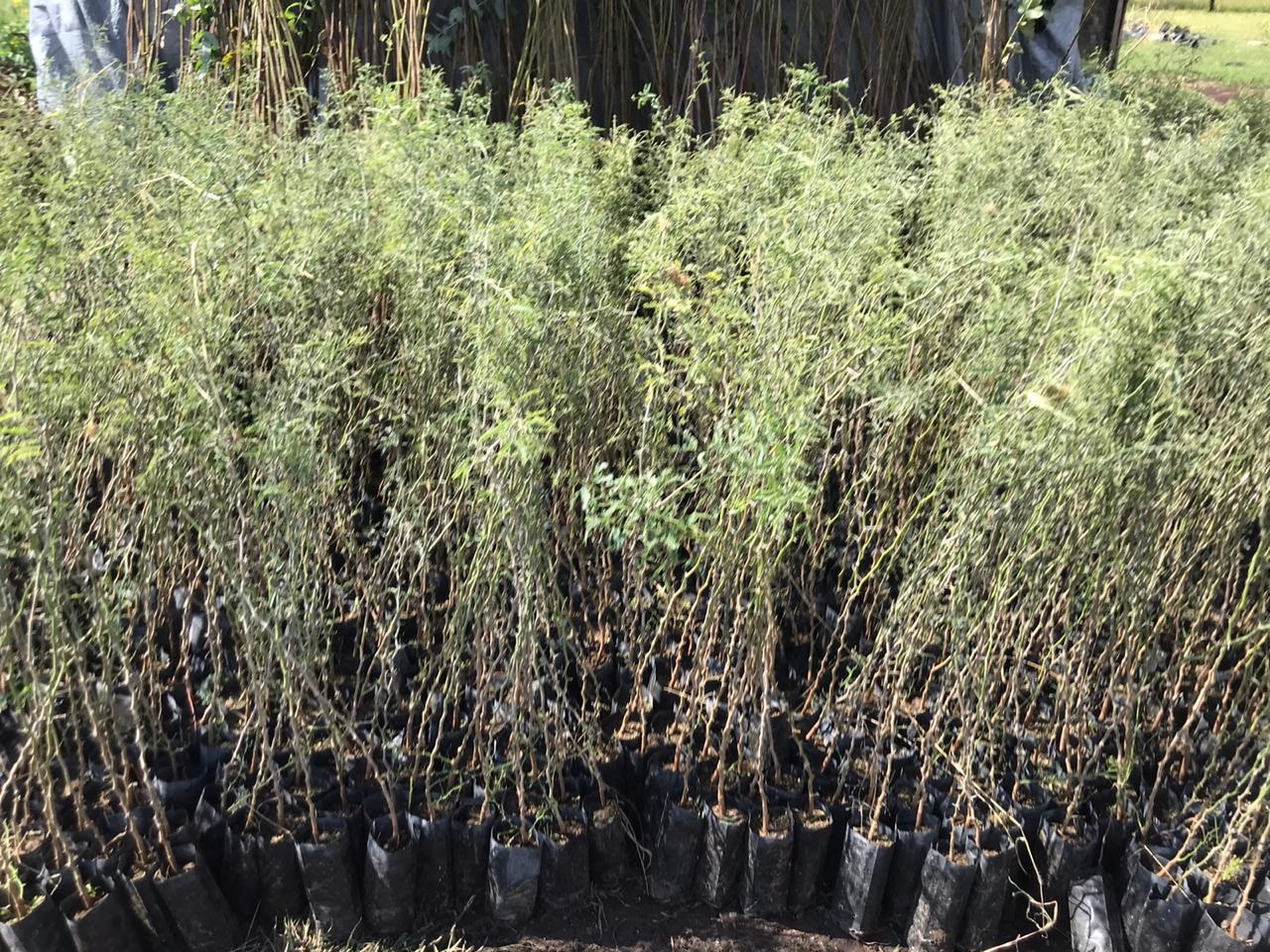 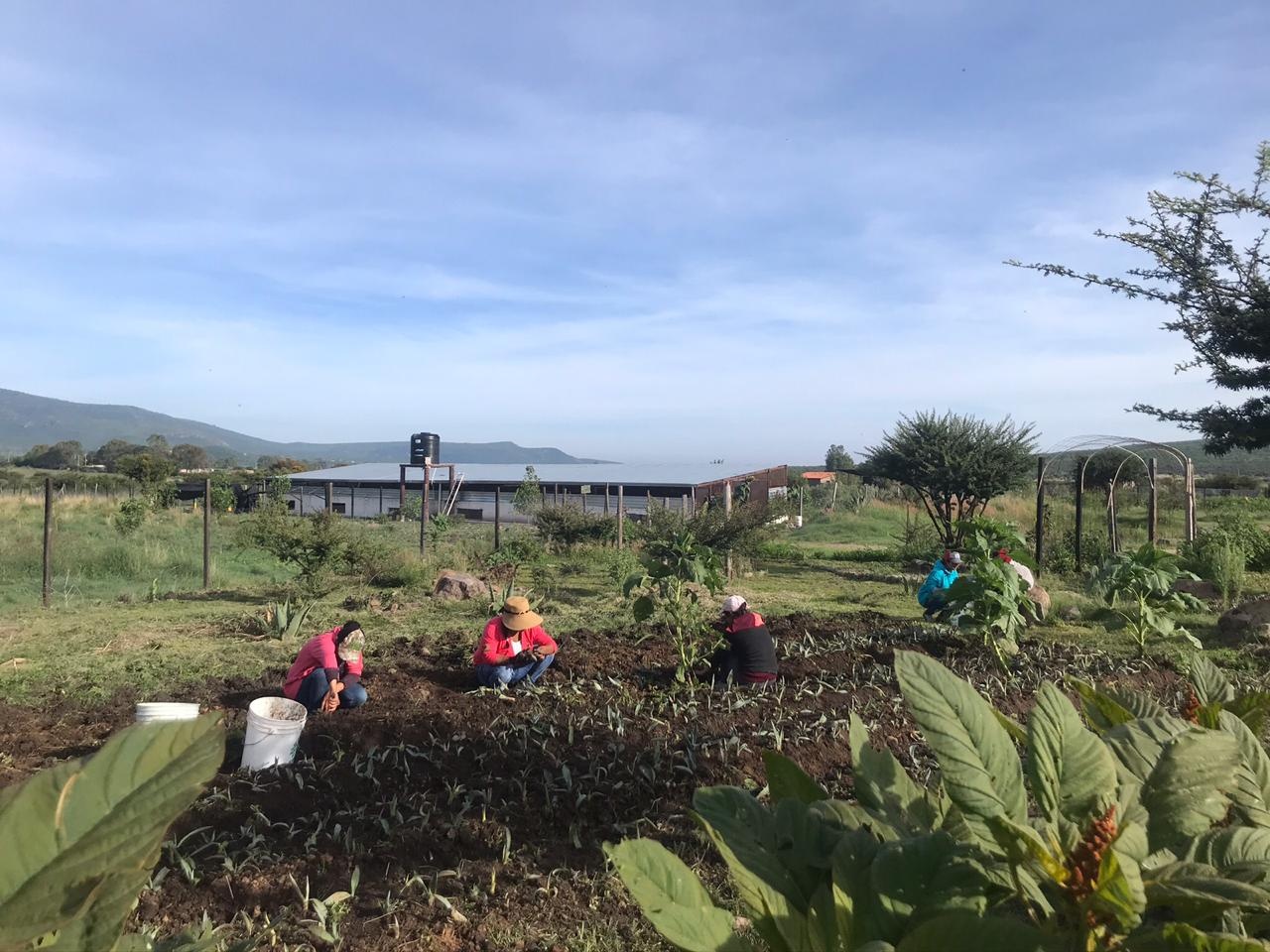 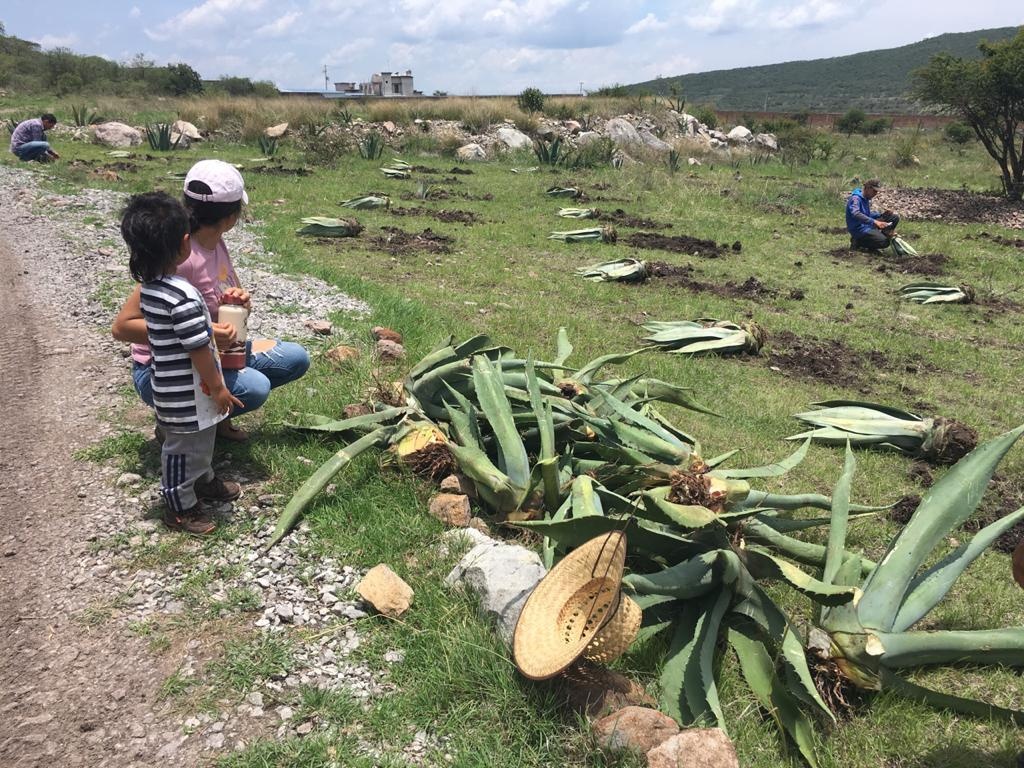 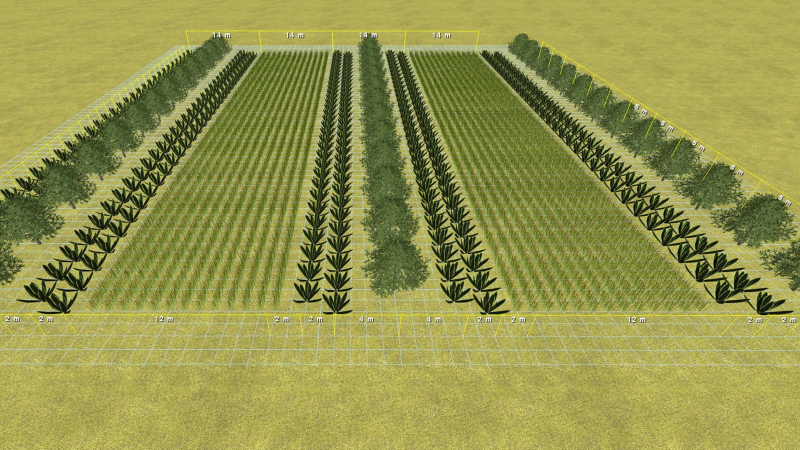 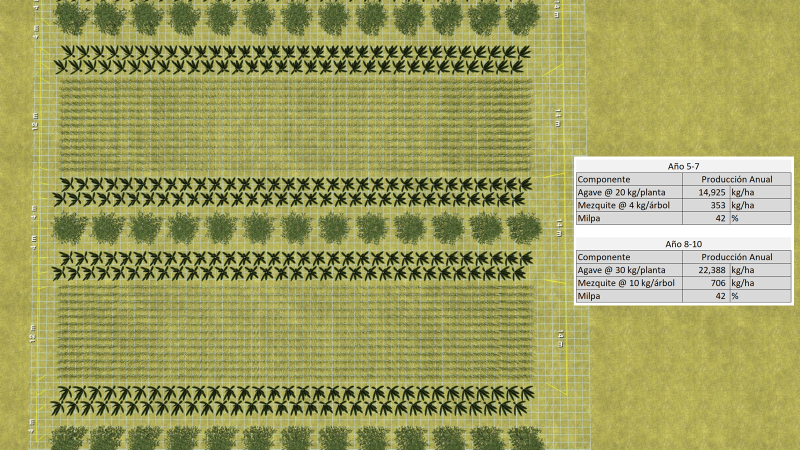 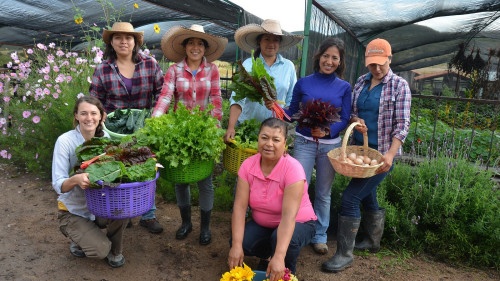 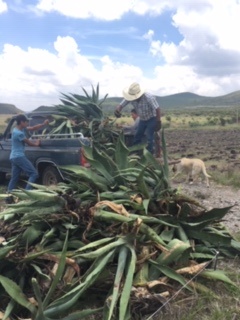