Regenerative farming practices and how they are rejuvenating both the soil and farms. 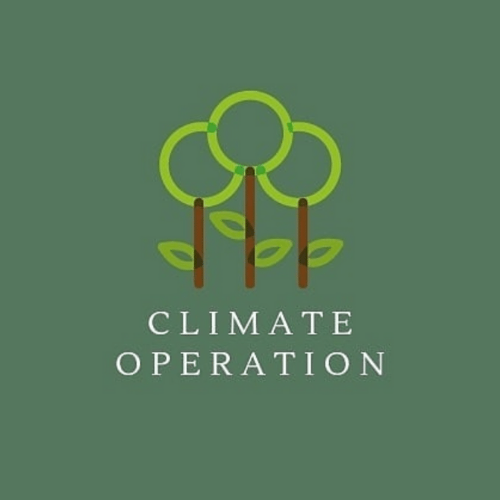 In this stand we will explore how through Climate Operation's Greener Communities Project, agroforestry and composting have been able to rejuvenate the soil health and increase the farm yields of Ms. Oswald Farms.

Climate Operation is a youth led organisation that educates school going children and communities about climate change, its intersection, soil health and how all of this is tied together with other social issues such as health and gender. We also involve our target groups in tree planting sessions, colouring sessions, and community dialogues as a form of furthering climate-based education and activism.

Currently in Uganda, both small scale and large-scale farmers are using industrialised methods of farming. These include tilling the soil and spraying the crops with herbicides and pesticides among other industrial practices. Furthermore, there is mass deforestation to create land for agriculture but because the farming practices being used are not sustainable, once the first yield of crops is harvested, the soil becomes barren thus turning into dust. This has led to desertification of once healthy lands which has intensified the problem of food insecurity in the country.

For this project, our model farm Ms. Oswald Farms is located in Nsangi, Katereke which is in the central part of Uganda. Ms. Oswald Farms has a diversity of crops to include bananas, maize, beans, and vegetables. It also has a variety of animals such as goats, rabbits, geese, pigs, and cows. Prior to this project, the farm sprayed its crops with herbicides and pesticides and occasionally tilled the land prior to planting crops. With these practices, the farm kept realising low farm yields which was not only economically infeasible but also emitted green-house gases.

Together with the owner of the farm, we have introduced agroforestry systems to the crop farm and by growing a variety of species together, the farm has become more resilient to pests, diseases, and extreme weather. When the trees mature in 3 to 4 years the Ms. Oswald Farms can diversify its income by selling both the fruits from the trees and its already healthy food crops while practicing the health and nutrition of their farm.

We also introduced the use of compost gotten from the plant and animal waste on the farm and through this method, the farm yields have increased, and the soil health has been rejuvenated as well.

If the opening hours before do not work for you, send us an email and we can set up an appropriate time to chat!

With our Greener Schools Project our key beneficiaries are primary and secondary students. With our activities in schools we educate young children about climate change, its intersection and involve them in tree planting activities. To date we have educated 700 primary going children and planted 250 trees in 5 schools approximately. With our Greener Communities project, our key beneficiaries are farmers both small and large scale. We are currently working with Ms. Oswald Farms and have planted 300 fruit and wood trees in an effort to diversify the farm.

To be able to plant trees in schools and farms, we collaborated with Roofings Limited Uganda and their Forever Forestry chapter who have supplied free fruit and wood tree seedlings. We also regularly work with school administrators so as to tailor make the climate based education that provide to their students. These schools include Kampala Academy Primary School Kisaasi, Kampala Quality Primary School Kisaasi, Kalinabiri Primary School and Kisaasi Primary School. Finally since we have just launched our Greener Communities Campaign we have collaborated with Ms. Oswald Farms to be our Model Farm. We are also currently working with Tibugwisa & Co. Advocates as one of our funding partners.

All these institutions and companies are interested in collaborating with us because of our shared vision which is to educate young people and communities about the climate crisis as well as equipping them with the necessary tools to shift to more sustainable practices and habits.

Climate Operation would like to partner with organisations, companies and projects that have expertise in regenerating drylands. The reason for this partnership is quite strategic in that due to climate change, the weather patterns in Uganda are very destabilized meaning that the dry season lasts longer than the rainy season which is bringing about an increase in drylands, massive droughts and intensifying food insecurity. Therefore with such a partnership, the greener communities project would not just only work during the rainy season but could be implemented year round without fear of the farms not thriving.

Potential partners should be interested in collaborating with Climate Operation on this project because currently, Ugandan farms are still using industrial machinery to grow crops and thus the wonders that come with regenerative farming practices have not yet been realised. Through this project, there is a lot of potential for example of turning small scale farmers who provide 80% of the country's food to large scale commercial farmers.

Therefore with this project we are not only looking at carbon sequestration and soil health but we are also looking at improving the livelihoods of many Ugandan households.

During the indicated periods, one of the team members is available for a chat.