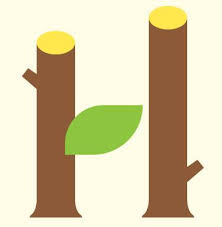 Ulan Buh is the eighth major desert in China and one of the major sources of sandstorms affecting North-eastern Asia and even further South until recently.  The restoration of Ulan Buh began some 43 years ago as part of the Three-North ShelterBelt Program and HomelandGreen began to get involved with voluntary afforestation some eight years ago and has the privilege to witness and record the fastest progress of land restoration ever imagined within six years.  Ever since the enactment of ecological civilization construction as national policy in 2012, HomelandGreen has witnessed how this remote and poverty-stricken sandy land be turned into a zero-pollution eco-agricultural green zone, practicing circular economy through the concerted efforts of cross-disciplined government officials, small businesses and entrepreneurs, NGOs, voluntary agencies and of course, the local people, resulting not only in ecological recovery but improvement in livelihood of the inhabitants. By sharing this story, HomelandGreen wants to bring a positive message to the international community that with sufficient political willpower and knowledge, large scale ecological recovery that benefits both people and the planet is absolutely feasible.

Main points of the Presentation

Who are we and how we got involved?

Before the formal establishment of HomelandGreen and the subsequent involvement in tree planting projects, our founding member dug deep into the problem of desertification in China

What do we do in Ulan Buh? And why Ulan Buh?

Why planting Haloxylon? Was it always such happy and light-hearted experience?

This is the story we want to tell.

Nothing happens overnight. First, a few words about Ulan Buh

Is Ulan Buh a natural desert?

From our studies, we learned that attempts to control the sands in the deserts began back in the 1950s.

In those early days, scientists also experimented with the various indigenous plants still in existence and tried to identify the most tenacious ones that could consolidate the effect of the straw checkerboards and stand the challenge of time.

And here is why we plant Haloxylon, the miracle tree in Ulan Buh

What about the people there?

What has happened to the desert control efforts? Why was it not working?

The future outlook : gloomy or bright?

Dimension 2 : The policy towards zero pollution ‒ with the completion of the desert road, productive land use began to appear

Network of roads built in Ulan Buh made it possible for a zero pollution eco-dairy farm to build 23 semi-free-range animal husbandries with own pastures among other agri-agonomical eco-farms in where once the heart of Ulan Buh.

Haloxylon took on a new role …

The landscape of Ulan Buh began to take on different colours

Dimension 3 : A visionary master plan to sustain the momentum of recovery

We planned to visit the re-settlement villages where the displaced peasants were housed.

With improved economy and under the National Poverty Alleviation Program, the re-settlement village takes on a completely new look

Viewing from a lookout of the Inner Mongolia Sheng Mu High-tech Farming Ltd, a zero pollution eco-dairy farm, in 2019

Please refer to the videos embedded in the above presentation.

Via Organica in Mexico

During the indicated periods, one of the team members is available for a chat.